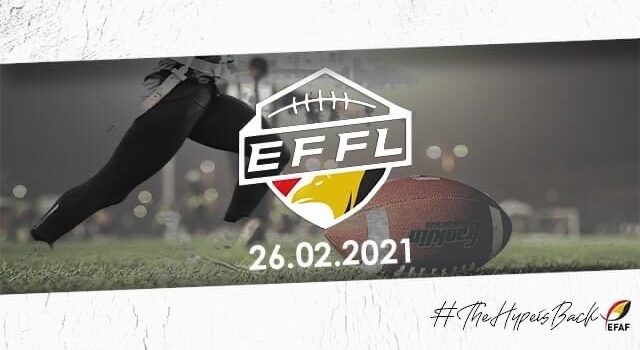 351 Days since the last EFAF game, and only a couple until the next season kick-off!

The COVID 19 outbreak has definitely taken a toll on the world, and the sports scene has been greatly affected. As the world was shutting down, EFAF had to also take a step back cancelling its 2020 season.

It’s without a doubt that each of our players have been greatly affected by the pandemic, along with the rest of world, but the deprivation of their favorite sport may have just been one of the worst setbacks.

More than a year later, EFFL players will finally have the chance to step on the field again and compete in the championship.

As we’re preparing for the season to kick-off, we must take a look back on how players have been affected over this time and whether the comeback to practice was an easy transition.

We spoke to players and they expressed extreme excitement for the season despite possible struggles. Hounds player Yasmine Abdelhadi talked to us about how hard it was to cope with new practice style including COVID precautions like avoiding huddles, and while her team’s management was both understanding and strict in their restrictions, adjusting to the new practice style definitely took some time.

“While it’s tough going back this season with a different game day format, I’m still definitely excited. It’s still Football, so put me on a field and I’ll make the best of it”

Alike, Laila El Khatib from the Bears expressed her mixed feelings of excitement and worry. In her words “coming back to practice was a little scary at first, but the safety precautions enforced by our coaches gave us a sense of comfort”. She also addressed how they were preparing for the season to start at any moment determined to continue what they worked for last season.

The Egyptian Flag Football League will kick-off its fifth version on Friday, the 5th of March, and the anticipation is at its highest. Will we see a shift of dynamic in teams? Are there going to be any surprises this year? And are our players ready to be out on the field? Many questions, but only one certainty, this season is going to be one of the most challenging seasons in the history of EFFL.