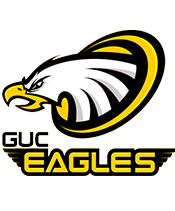 The GUC Eagles were founded – as the name indicates – in the GUC, the German university in Cairo, in 2011 with a registration booth in May, coaches’ preparation in July, and the actual start being in August of that year. Starting with 60 players, the Eagles had been a force in the American football scene of Egypt since its inauguration.

The Eagles have been an affiliate of EFAF, the Egyptian Federation of American Football, since its start in 2014 with the IFAF World Cup 2015 African qualifier match against Morocco, where the Eagles contributed over 60% of the players who were on the first ever Egyptian American football National team.

The Eagles proved they are truly a dynasty & an organization to follow. Sponsoring an Adult Men’s (18+) tackle football squad of 60+ fully equipped players as well as a women’s flag football team of +30 ladies. Known for having a stringent managerial system and bolstering the most experienced local Egyptian coaches in the country, the Eagles have successfully placed themselves in the annals of American Football history in Egypt.

The Eagles men tackle team has already established their reputation by winning all their season & championship games to date, having a perfect winning streak in the 2015, 2016 & 2017 seasons as regular season champions & crowned champions following the team’s 3 appearances as the no.1 team in all those years. 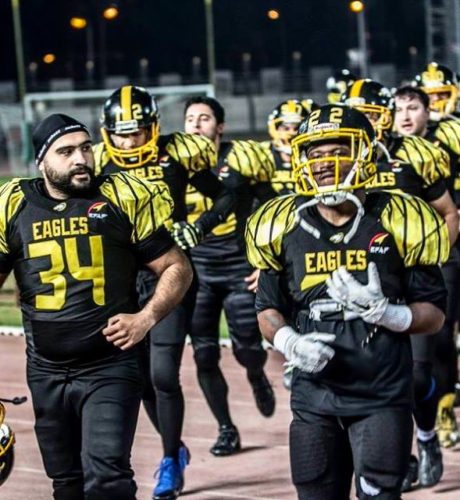