Our vision is using the sport of American Football, its fundamentals, values and ethics to bring forth high caliber, socially responsible athletes able to impact and transform their communities, and ultimately produce meaningful, and tangible change in the country.

Our mission is building a complete disciplined foundation that encapsulates American football strategies, ethics and values as a sport into the Egyptian culture to compete both on the national and international levels through attracting a variety of individuals with diverse social backgrounds at all levels embracing the commonalities we share within our culture. 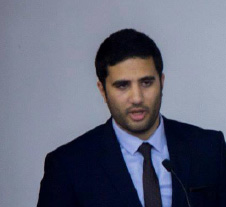 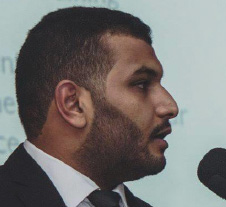 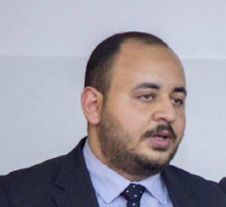 EFAF is the governing body of the sport of American Football in Egypt, sponsored by the Ministry of Youth and Sports. The Egyptian Federation of American football (EFAF) owns and operates American Football Leagues in Egypt; tackle and flag, including players, coaches, officials and administrators.

Since being founded in 2014, EFAF has firmly planted itself on solid ground. It started the Egyptian National Football League (ENFL): an organized men’s league with three successfully concluded seasons. EFAF also collaborated with American Football without Barriers (AFWB), the non-profit spearheaded by Gary Barnidge of the Cleveland Browns and Breno Giacomini of the New York Jets – at the time – to organize a four-day camp with professional football players in Egypt that included a coaching clinic as well as players’ camps for juniors as well as more advanced players.

EFAF also organized the first ever international club-level match between the Cairo Wolves and the Amman Barracudas (Jordan) in early 2016 at the Olympic Stadium in Maadi, which the Cairo Wolves won 40-20. And to continue its series of achievements, EFAF successfully organized the first ever flag football league for women in Africa and the Middle East, the Egyptian Flag Football League (EFFL) which had about 100 participating athletes in three teams.

EFAF has also succeeded in drawing several professional American coaches, leading to 4 out of the league’s 6 men’s teams having American coaches in the 2016 season. The 2016/2017 ENFL season also saw the appearance of import players on the American football scene: Foreign players who come to Egypt to play football under contract. Three teams had import players in the 2017 season. EFAF has been organizing officiating courses to increase the pool of local talent that is able to understand and apply the rules of the sport.

EFAF is currently composed of 8 affiliated teams, with more than 800 registered members. EFAF is a socially responsible organization seeking the expansion, popularization, and development of American Football in Egypt.

The popularity of American football in Egypt has been palpably increasing over the past few years, having been around for more than most people know.

The game was first played in early 2007, when athletes with passion for the sport and limited experience thought of getting people together to play. They reached out through social media and a lot of people showed interest. Practices started at Abbasseya Youth Center under the name “Gridiron Club”. People there were only practicing for the sake of practice and fun and there were no competitions or entity to govern the sport. The first ever exhibition American Football game was then held at the German University in Cairo stadium in 2007, with no helmets, pads or equipment.

In 2010, following a Game Day exhibition with 2 games, “Gridiron Egypt” was adopted by Wadi Degla Sports Clubs, which set up three fully equipped teams for the very first time in Egypt: The Lions, the Panthers and the Jaguars continued to practice at the club’s different branches and played each other in a small league.

A fun fact that might be not be known: The American Football equipment worn by Ahmed Mekki and the actors from ‘El Kebeer Awi’ series in the now famous “Mazareeta” American Football game was actually supplied by the Wadi Degla teams!

After two seasons, shortly after the 25th of January Revolution, Wadi Degla ended its football program and football went back to being played at unofficial venues, with teams being founded and disbanded here and there. The only two consistent teams at the time were the Cairo Sharks and the GUC Eagles, which would compete in a competition known as “Clash of the Pharaohs”.